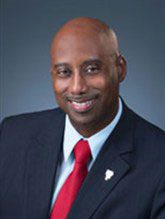 Home > Government > Board of Commissioners > Chairman

Jeffrey E. Turner was elected by the voting constituency of Clayton County as Chairman of the Board of Commissioners in August 2012. He was inaugurated in December and transitioned into office on January 01, 2013. Prior to winning the election, Jeff worked in law enforcement for over 23 years, beginning as a patrolman and rising through the ranks to the position of Chief of Police in March 2007. Chief Jeffrey E. Turner was the first African-American Chief of Police in Clayton County. Always proactive in the community, Jeff acquired National Accreditation for the police department, initiated the Citizens Police Academy, established a Neighborhood Watch Program and worked closely with the Office of Juvenile Justice and Delinquency Prevention (OJJDP) during his tenure as Chief.

Chairman Turner is known as an honest and approachable leader, and is dedicated to the constituency of Clayton County. He devotes many hours to being “out and about” in the county engaged in community activities and listening to issues and concerns that are important to residents and businesses.

Having resided in Clayton County for most of his life, the son of Eddie and the late Classie Turner graduated from Morrow High School, earned his Bachelors of Science degree in Criminal Justice and went on to receive his Master’s Degree in Public Administration from Columbus State University. Jeff is also a graduate of the FBI National Academy, Session 217. 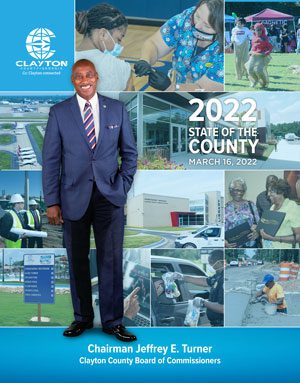