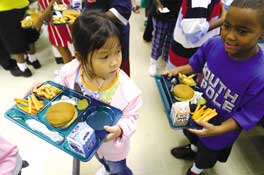 A fully accredited public school district located in Jonesboro, Georgia, just south of Jackson-Hartsfield International Airport – the world’s busiest airport – and Atlanta’s central business district. It is the fifth largest school district in Georgia with an enrollment of over 50,823 students, and is ranked among the 100 largest school systems in the United States.

The school district is highly diversified with 90 different countries of origin represented. Seventy-two different languages are spoken, with the largest two major foreign languages being Spanish and Vietnamese. Some 9,528 students speak a language other than English and 4,600 are counted as English language learners. 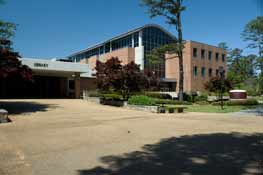 Clayton State University Library Clayton State University currently offers eight master’s degree programs and more than 30 baccalaureate degree programs. With an enrollment of 6,600 students, Clayton State has experienced significant growth over the past six years. The University has been ranked six times by U.S. News & World Report as having the most diverse student population among comparable institutions of higher education in the south and is currently in U.S. News’ first tier among those same comparable institutions. A national pioneer in “ubiquitous mobile computing,” Clayton State was the third public university in the United States to require that each student have access to a notebook computer. Clayton State University is the only university in the country adjacent to both state and national archives facilities: the Georgia Archives and the National Archives at Atlanta. The world-class music recital venue, Spivey Hall, is located on the University’s campus.