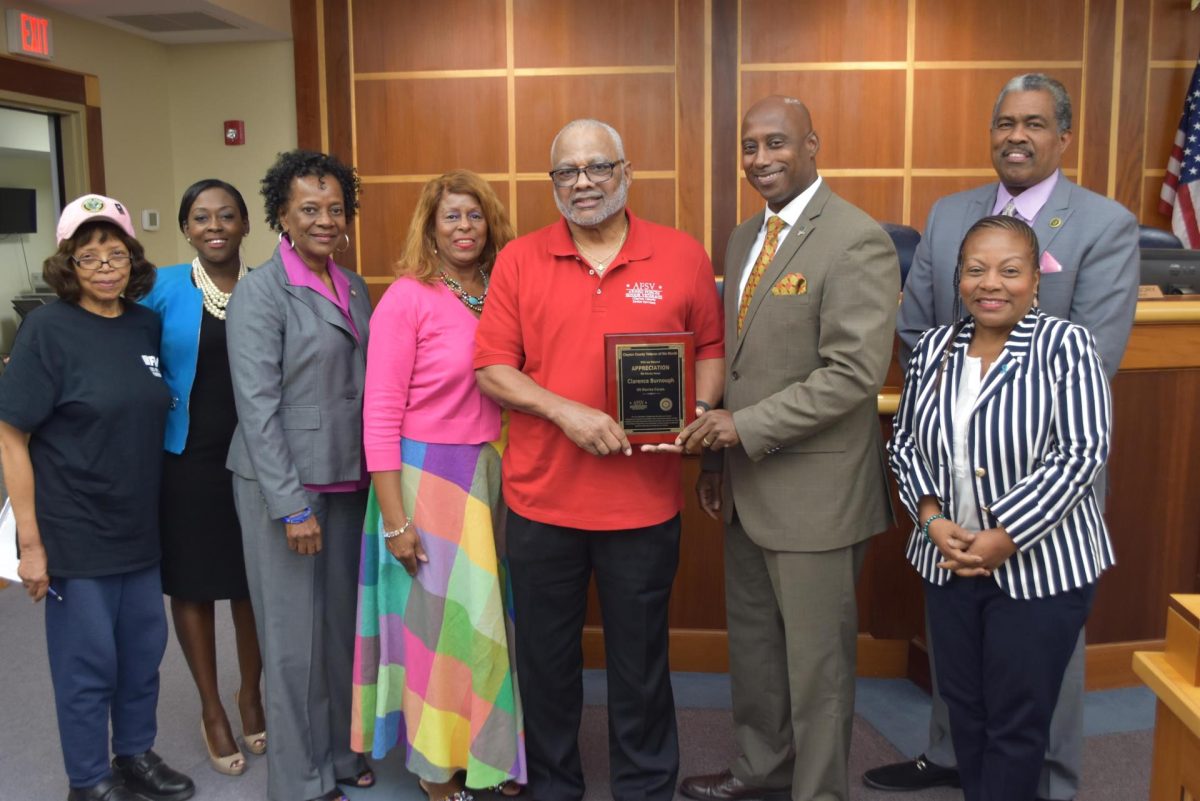 Staff Sgt. Clarence O. Burnough’s grandfather had always taught him that service to his country was a matter of honor, responsibility and to unquestionably heed the call to arms. Therefore, upon graduating from high school in June 1967, Burnough immediately enlisted in the U.S. Marine Corps.

After completing sixteen weeks of boot camp and jump training at Ft. Benning, Burnough was assigned to the 3rd Marine Division Battalion 9th Marine Infantry and was deported to Vietnam, where he served from July 1967 through January 1970. In March of 1969, he was shot nine times but continued to fight until the medic arrived. After 23 operations and a long stay in the hospital, Burnough was presented with the Purple Heart and Bronze Star in his hospital room. He later retired from the U.S. Marine Corps.

After returning home, Burnough attended Drake University in Des Moines, Iowa. After graduation, he started his career in the education field where he worked for 33 years. His last 16 years were spent in the Clayton County Public Schools as an assistant principal, principal and coordinator of transportation.

He has lived in Clayton County for 24 years.