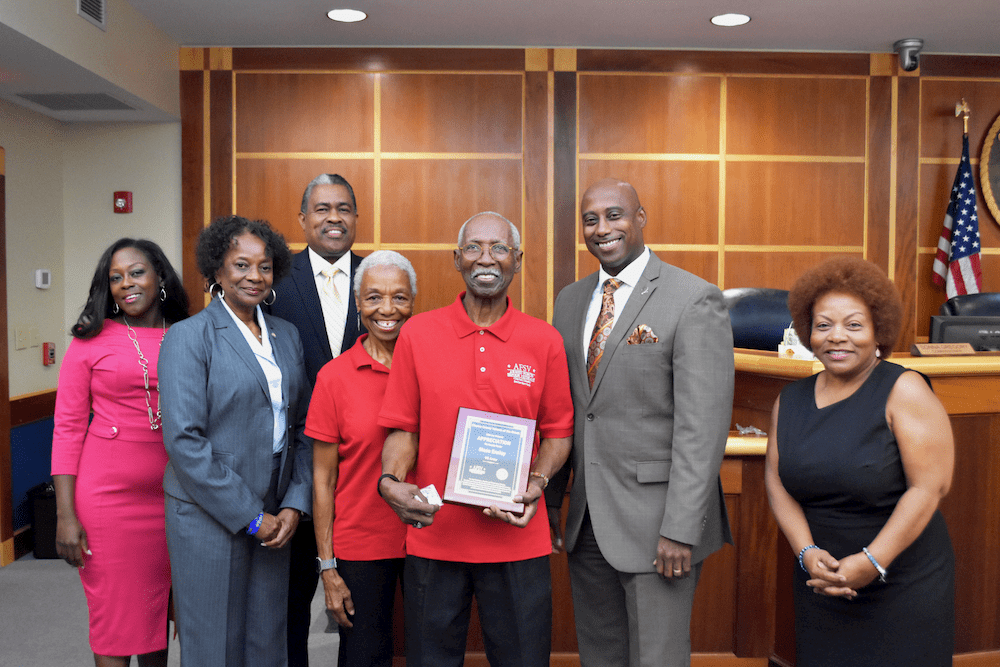 Veteran of the Month, October 2019

Private First Class (PFC) Mose Ensley was inducted into the U.S. Army on June 25, 1962 at age 24.  He took his basic training at Ft. Ord in California. PFC Ensley completed his advanced individual training at Ft. Knox, Kentucky in Army Reconnaissance.  Upon completion, he was assigned to Ft. Lewis in Washington with the U.S. Army 4th Infantry Division where he served with the 8th and 12th Infantry Head Quarters Companies.

“The highlight of my six years in the U.S. Army came in 1963 when I became a member of the U.S. 6th Army Entertainment Team,” Mr. Ensley said.  He served in Alaska and other parts of the U.S.  He completed his active duty service in June 1964 and received his Honorable Discharge in June 1968.

Mose Ensley and his wife of 45 years, Oreatha Ensley, made Hampton, Clayton County, their new home in June 2007.  They are the proud parents of six children.  Mr. Ensley retired in 1996 from McDonnell Douglas Astronautics/BOEING Corporation in Aerospace Electronics after 40 years of service.

His hobbies are photography, playing the keyboard and Amateur Radio (HAM RADIO) where he holds the highest-class license, KR6U.  He served as president of the McDonnell Douglas Amateur Radio Club.

Mr. Ensley continues his volunteer work with Clayton County Senior Services Department as a member of Armed Forces Senior Veterans, and a keyboardist for Frank Bailey and J. Charley Griswell Senior Choir. Mr. Ensley is a member of Morrow Alzheimer Service Center Advisory Board and Southern Crescent Photography Club. He taught English as a Second Language for five years at St. Philip Benizi Catholic Church in Jonesboro. Mr. Ensley is also a member of, and volunteers with, the Atlanta Chapter-Tuskegee Airmen Youth program and other veteran events.