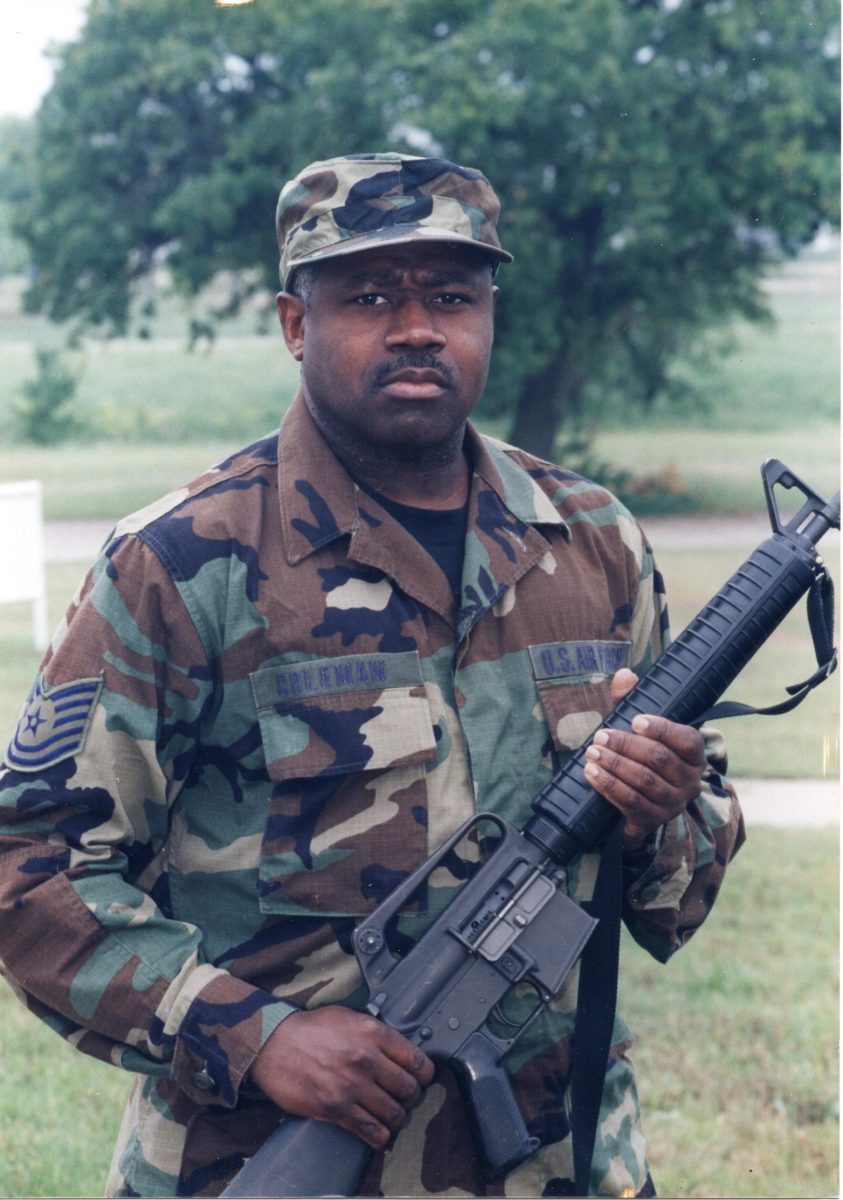 Stanley L. Coleman was born April 9, 1955.  Entering the Army Reserve as a Private 1st Class.  Stan completed basic training at Fort Leonard Wood and completed his initial training for journalism at Ft. Harrison.  Six years in the Army Reserve and 20-plus years in the Air Force Reserve.  His military experience included two short tours in the Middle East during Iraqi Freedom and homeland service to various base Public Affairs tours to aid in training, team leadership, and staff support in the Public Affairs career field.

His achievements include guiding his team to achieve the Department of the Air Force Newspaper Award, 2nd place  in the 2005 Air Force Media Contest Deployed Publication—Desert Eagle for the 379th Air Expeditionary Wing, for Exceptional Print Journalism in support of the Internal Information Program and the Air Force Mission.  Mr. Coleman’s service at Dobbins Air Reserve Base developed his skills to achieve his first individual placement in the 1999 Air Force Reserve Command Media Contest for third place in the Photojournalism category.  His letter of commendation from Maj. General John J. Batbie, Jr., 22nd Air Force Commander stated “I admire your talent in being able to tell the story with your words and give it deeper meaning with good photos. I am confident that you will continue to display these exemplary qualities in your work.”

Future assignments included a two-week assignment in Puerto Rico in support of the relief and support mission of the U.S. Air Force Reserve after the Haitian earthquake.  Mr. Coleman backfilled as the senior NCO for various stateside duty stations for the Air Force during the war in the Middle East.  On the day of the 9/11 attack, Mr. Coleman volunteered to report to Dobbins ARB during his work hours to assist with the Public Affairs Mission and the Air Force Mission in ensuring no further attacks would be implemented.

After his retirement from the Air Force Reserve, he kept his photojournalism skills alive through volunteering to conduct a senior program in photography training for five years.  As a result, the Griswell Senior Center possess a staff of photographers that document the daily, monthly and special holiday events.  Mr. Coleman has also served as a member of the Atlanta Chapter Tuskegee Airman as a Public Relations team member and currently serves as the historian.  The result of his efforts to document the Atlanta Chapter Original Tuskegee Airmen provided a resource of photographs and videography to share our Georgia Tuskegee Airman Veterans’ story for future generations.  He also served as the Recording Secretary and documented the meetings, school visits and speeches of the Tuskegee Airmen Torchbearers as well as the Original Tuskegee Airmen Trailblazers.

Mr. Coleman also does extensive volunteer work for Morris Brown College.  As a grandfather, he worked to ensure his grandchildren had the opportunity to enjoy Atlanta and become exposed to the joy of photography.  His grandson Chris enjoyed exposure in the Boy Scout Army Cadet Program during grade school.  His granddaughter Kyra has completed her basic training at AIT and is now serving at her duty station.  Mr. Coleman currently serves as a photographer with the Marketing Team at Tabernacle of Praise- Jonesboro under the leadership of Pastor T.J. McBride.