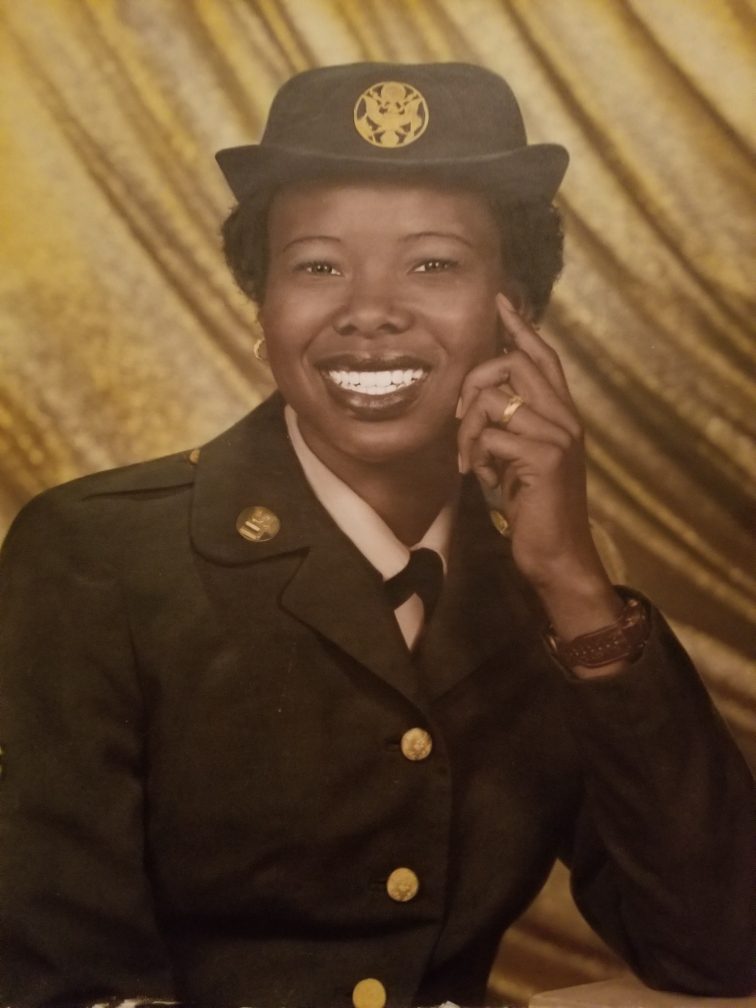 Veteran of the Month, May 2022
Staff Sergeant Diane Hanna

Staff Sergeant (Retired) Diane Michell Hanna was born April 21, 1959, in Jacksonville Florida.  She’s the daughter of the late Rev. David Lee Wilkerson and Alberta Wilkerson.  David Wilkerson served in the navy and worked at the Jacksonville Ship Yard and as a Real Estate Investor.

Sergeant Hanna graduated from Andrew Jackson High School in Jacksonville, Florida.  She was very active in Student Council and became the first African American Senior Class President in June 1977.  After graduation, she attended Junior College in Florida before marrying Albert Hanna and moving to Germany July 1978.

Sergeant Hanna served in the army for over twenty (20) years and served in active duty for nine (9) years.  Before leaving active duty, she was divorced and obtained her BS Degree in Health Care Management from Southern Illinois University.  After active duty she moved to Austin Texas and later to Atlanta with her only daughter Silka.  She continued her military services in the Army Reserve, Army National Guard and then retired from the Air Force National Guard in 2006.  Sergeant Hanna also trained as a Dental Assistant, Dental Hygienist, Supply Specialist, and Industrial Hygiene Technician.  Her military career allowed her the opportunity train in mid-level Management and Planning, where served abroad and travelled extensively in USA and the Caribbean.

Sergeant Hanna owned a small business that did wedding and event planning for over seven (7) years.  She presently works for the Small Business Administration Office of Disaster Assistance as a Loan Officer and Grant Management Specialist.  She spends her leisure time with her family, traveling and volunteering in her community as a strong advocate for veterans on their journey to obtain earned military benefits.