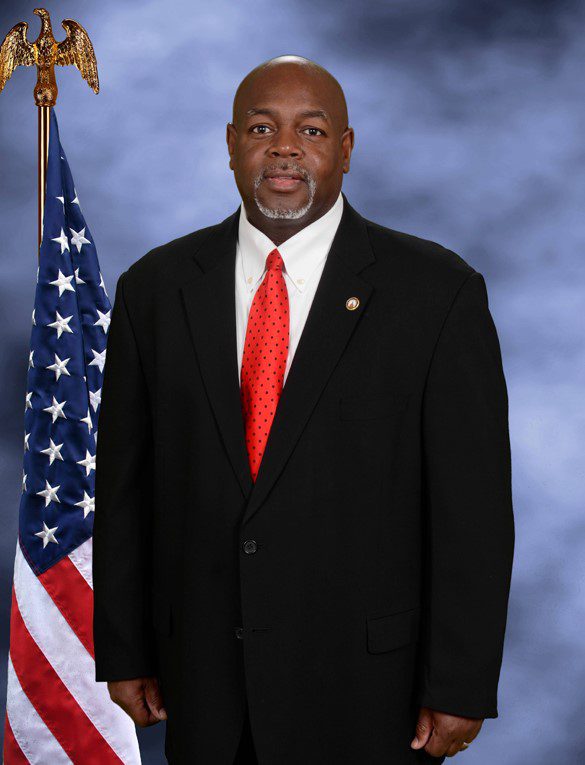 Rep. Glanton is a United States Army Retired Paratrooper (Airborne) and War Veteran. Rep. Glanton is a recipient of the Federal Humanitarian Service Medal, the Kuwait Liberation Medal, and the Georgia Secretary of State’s Outstanding Citizen Award.  Rep. Glanton is a licensed and ordained minister and founded New Life Christian Church in Jonesboro, Georgia.  He is the President of the Clayton County Ministers’ Conference and co-founder of the Coalition of Clayton County Clergy.  He is Clayton County Arc’s 2008 “Legislator of the Year”.  He is the Clayton County Chamber of Commerce “Community Service Award” recipient for 2008.  He currently holds the Vice-Chairman position on the Delegation.  Glanton was first elected to the Georgia House of Representatives in July 2006.

He serves on the prestigious Appropriations, Education, Public Safety and Homeland Security, Defense & Veterans Affairs House Committees, as well as being appointed by the Governor to serve on the Joint House-Senate Committee on MARTOC (Metropolitan Atlanta Rapid Transit Oversight Committee), and the Governor’s “Blue Ribbon” Education Reform Commission.  He also serves as Vice-Chairman of the Appropriations Sub-Committee on K-12 Funding and Education Sub-Committee on Academic Support as well as on the Metropolitan-Atlanta Regional Transit Solutions Committee.  He was appointed by the Speaker of the Georgia House Legislation of Representatives to serve on the Georgia House Study Committee on Military Installations and the Military Affairs and Storm Water Utilities.  He was recently appointed as Chairman of the MARTOC Sub-Committee on Information Technology and Security.  He also serves on the Council of State Governments’ Southern Legislative Conference Education Committee and the National Council of State Legislators on the Causes & Consequences of Youth Homelessness.  He is a member of the Georgia Charter Schools Commission’s Charter Schools Petition Review Panel.

He resides in Jonesboro with his lovely wife Pearla (Kauai, Hawaii).  He is the proud father of five adult children, grandfather of eighteen and great grandfather to twins.

Please read his bio in its entirety on his website: http://mikeglanton.com